"What did you believe as a child that you now know is not true?"
It's all true, in Sonder...

Based on the audience suggestion: "I thought my Mom was sometimes replaced by a robot." 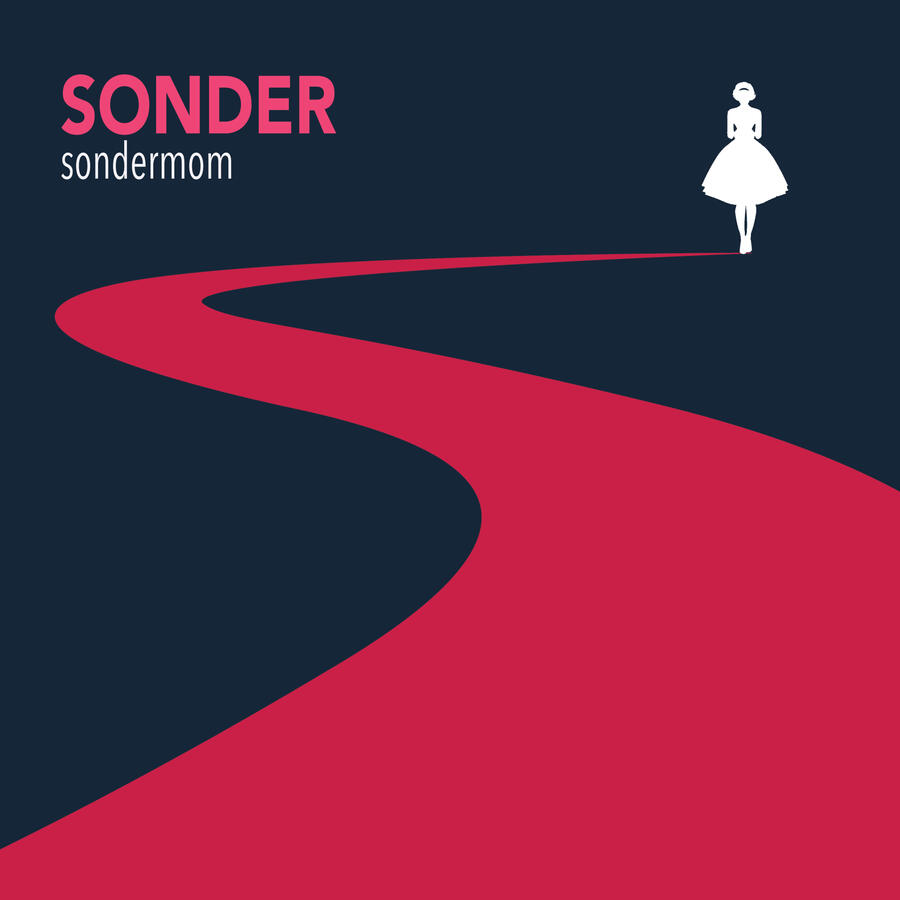 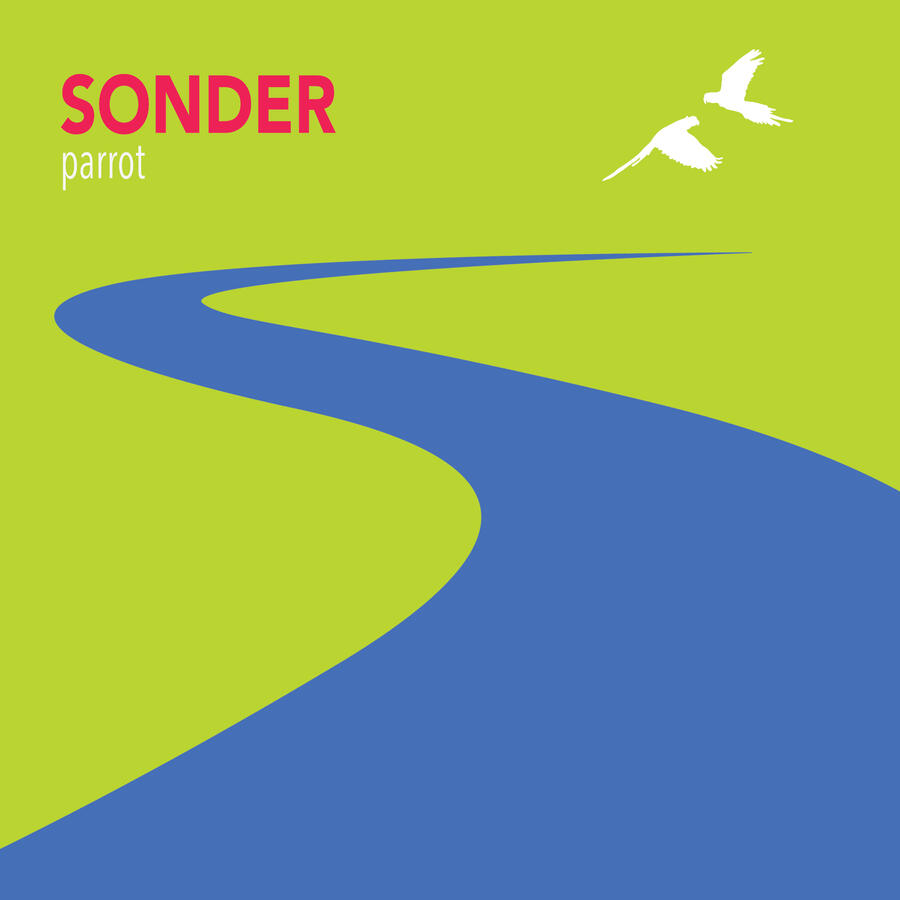 Based on the audience suggestion: "When I grow up, I can be a parrot."

Based on the audience suggestion: "When you were a kid you could walk into paintings in museums." 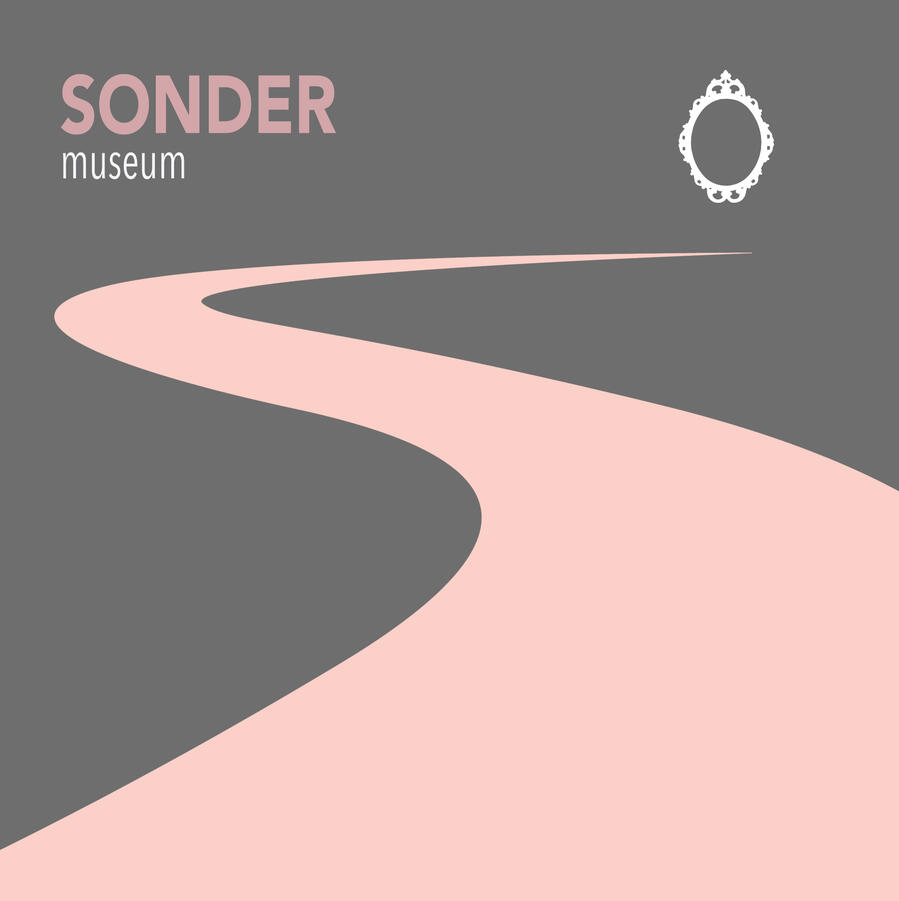 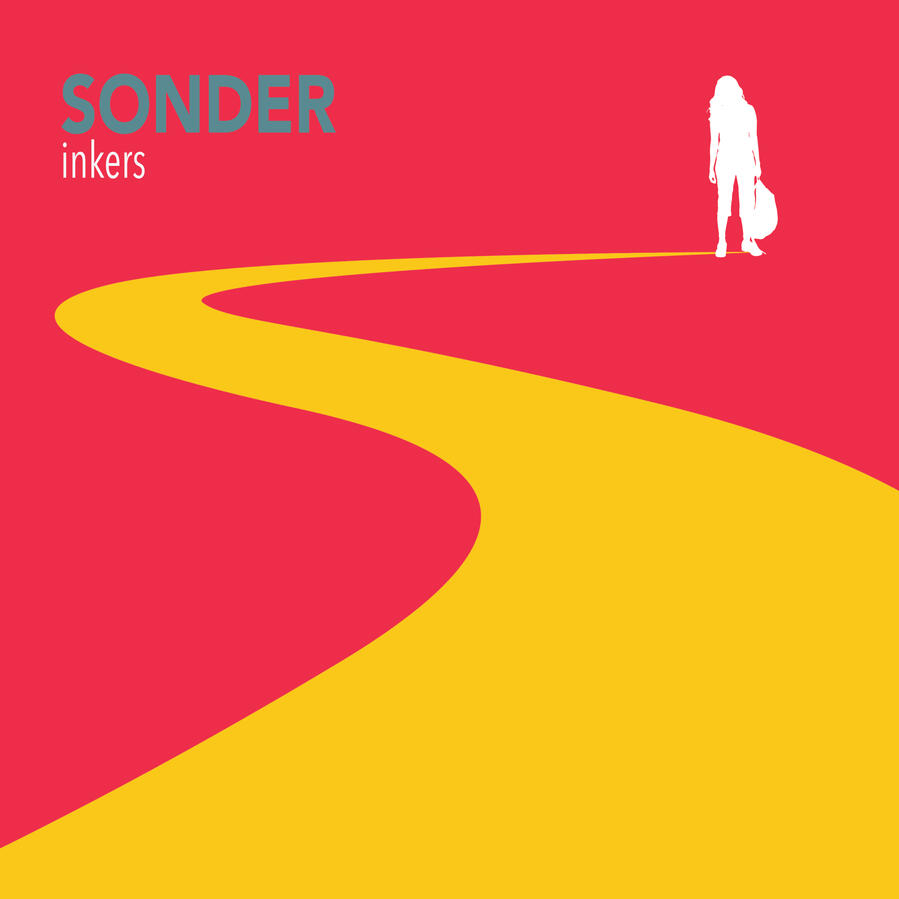 Based on the audience suggestion: "Permanent marker is really forever."

Based on the audience suggestion:
"Statues come to life when you don’t look at them." 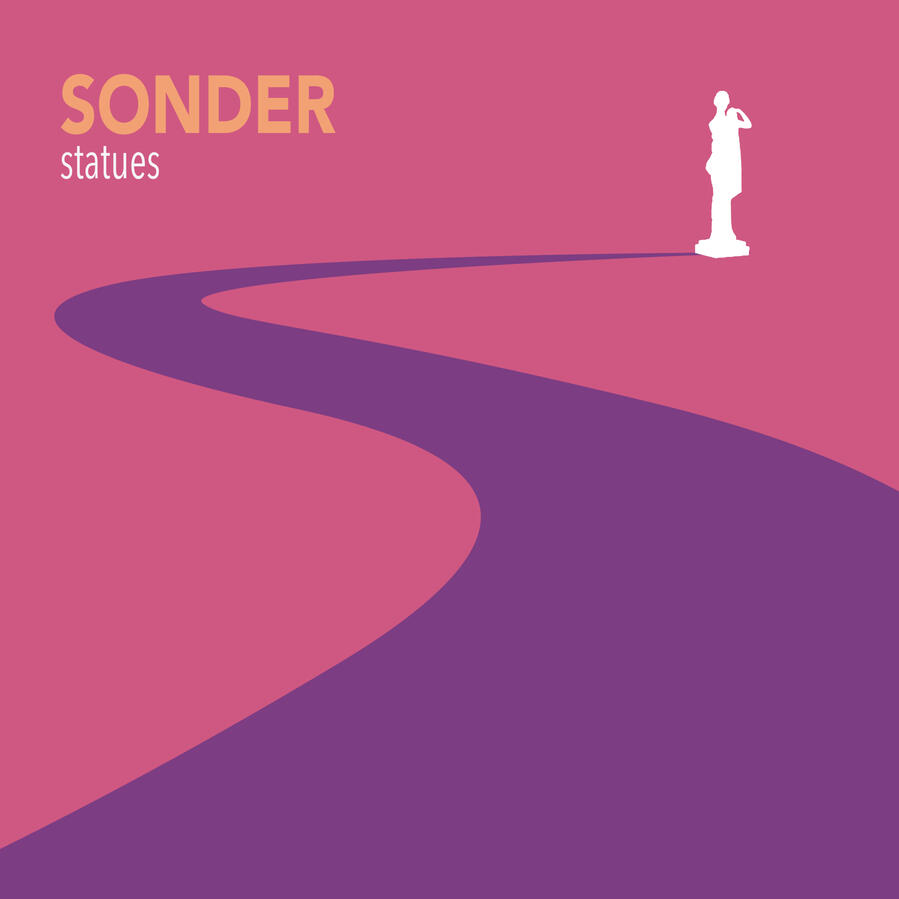 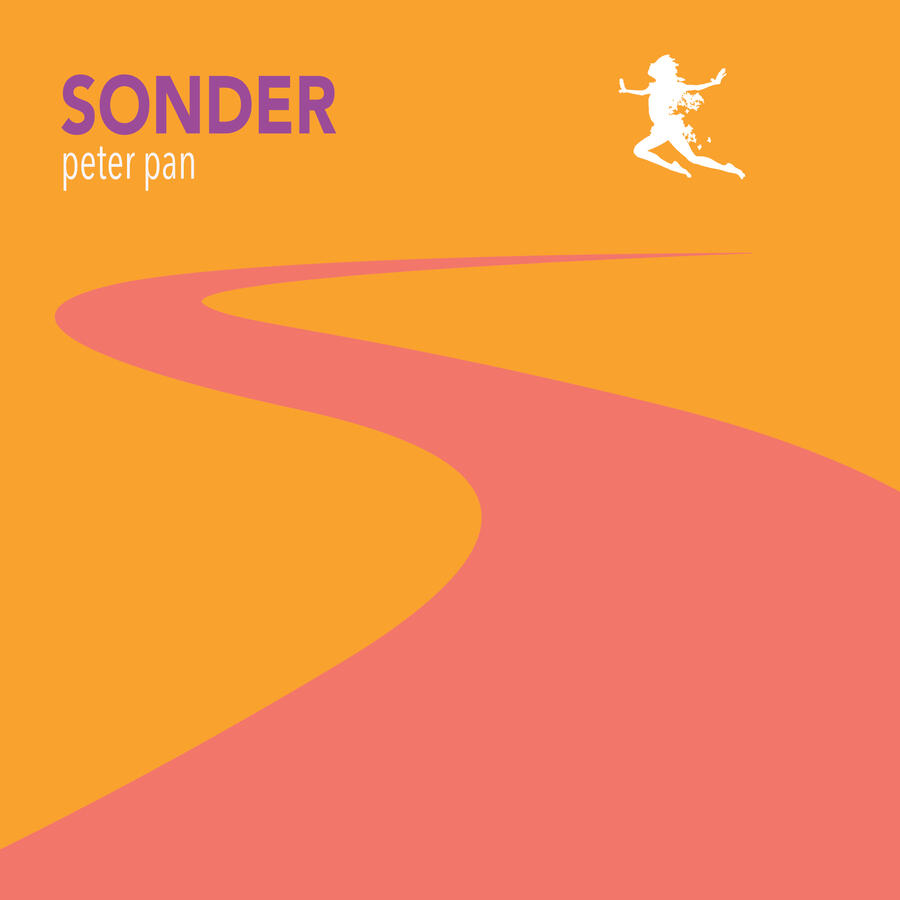 Based on the audience suggestion:
"I believed my aunt lived in Neverland for a while and was best friends with Peter Pan."

COMING SOON!
Based on the audience suggestion:
"I thought it was weird to see teachers at the grocery store because I thought they lived at school and slept in the classroom." 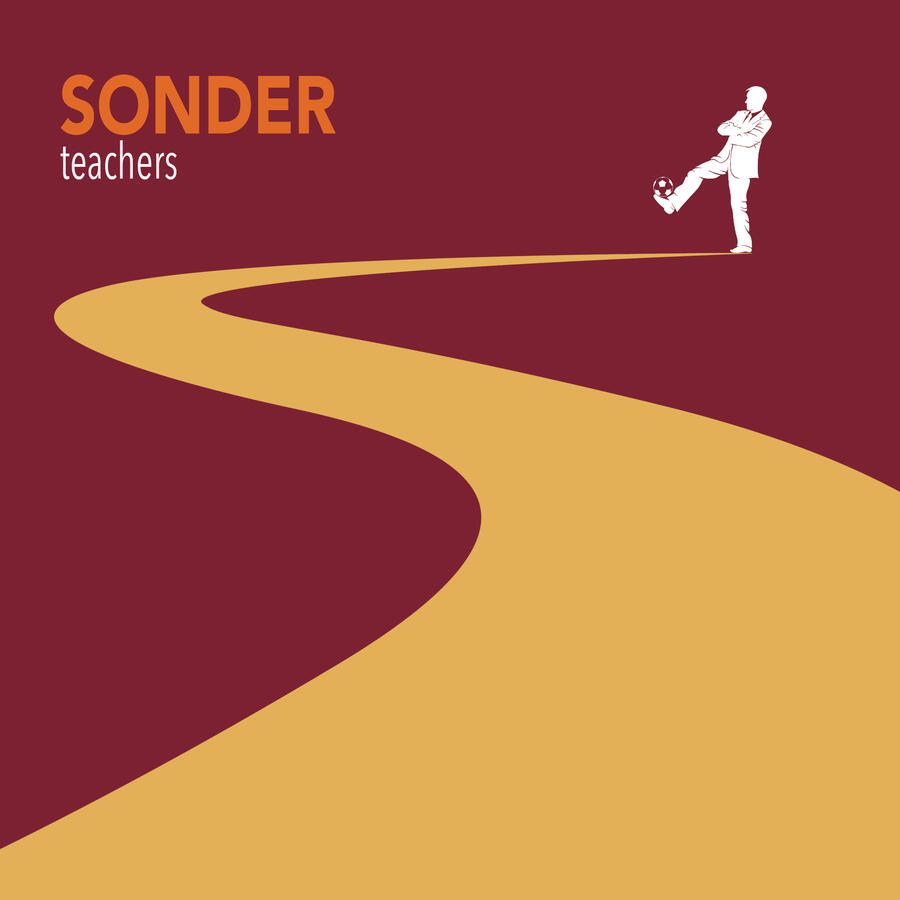 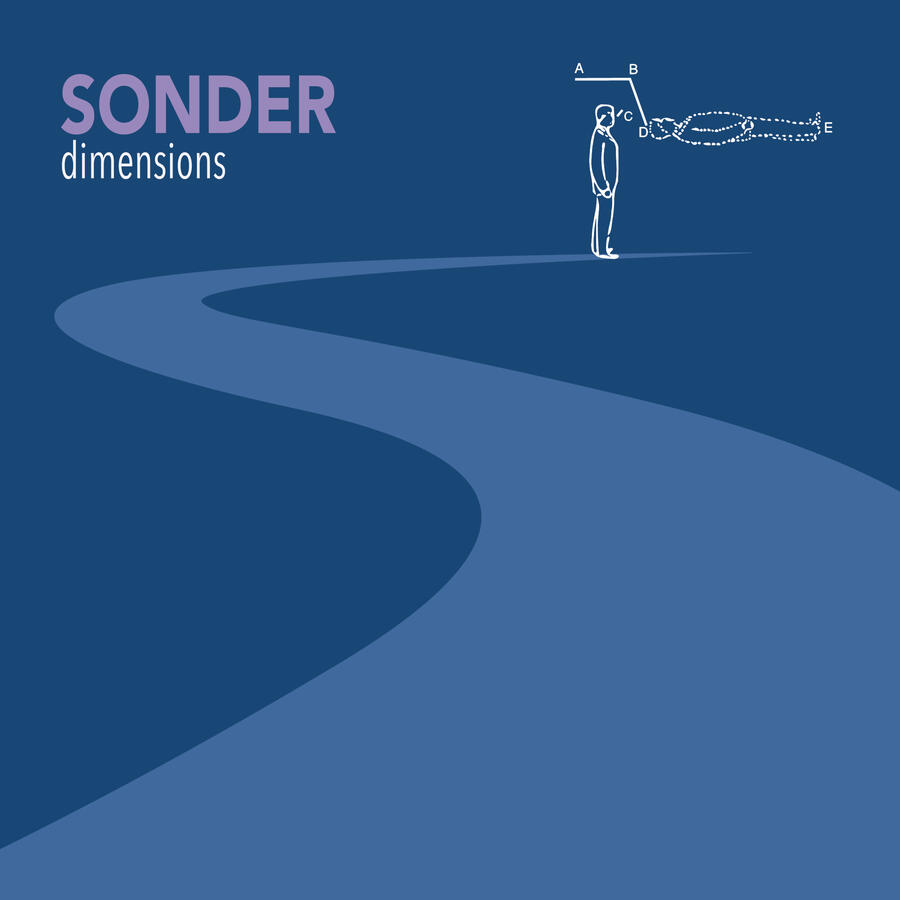 COMING SOON!
Based on the audience suggestion:
"When I crossed my eyes I could see into another dimension.."

Kelly Holden Bashar: (DIRECTION, DEVELOPMENT, PRODUCTION, INSTRUCTION) Has been a member of Impro Theatre Company for over 8 years and improvising professionally for over thirty. During that time, she has also created, developed and acted in many Improvised new works that have been performed across the globe and on Los Angeles stages like The Ford Amphitheatre, The Broad, Gary Marshall and The Wallis-Annenberg. Kelly can be seen in the first season of "FARGO" on FX as Pearl Nygaard and has many other film and television credits. She also co-conceived, wrote, and starred in "FELLOWSHIP! The Musical Parody" of The Lord Of The Rings, which ended up running for over 6 months in Los Angeles and playing off Broadway. For more info please visit: Kelly Holden Bashar Demo Reel 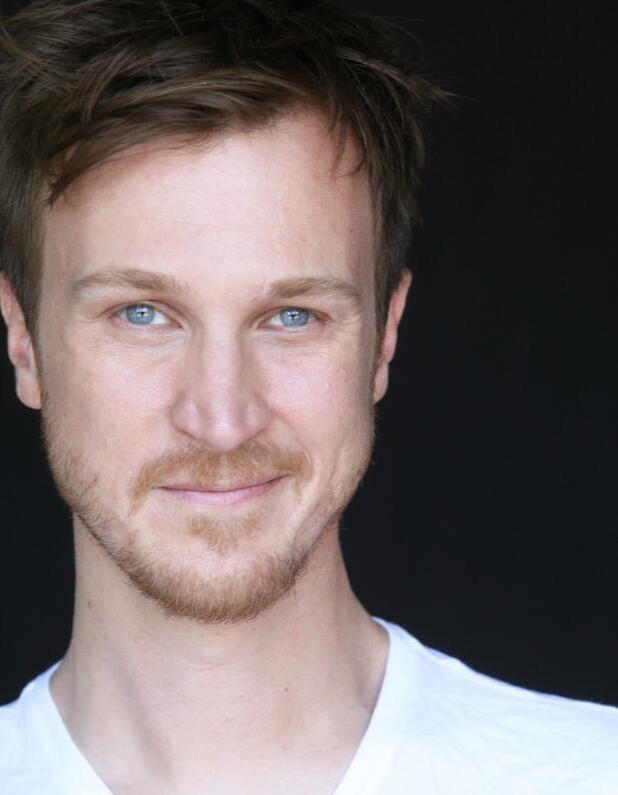 Ted Cannon: (MUSIC, EDITOR, PRODUCTION) has been performing improv for over 20 years, so it’s nice for him to just take a break from that exhausting task and just spend hours producing, editing, and composing the music for Sonder. www.tedcannon.com 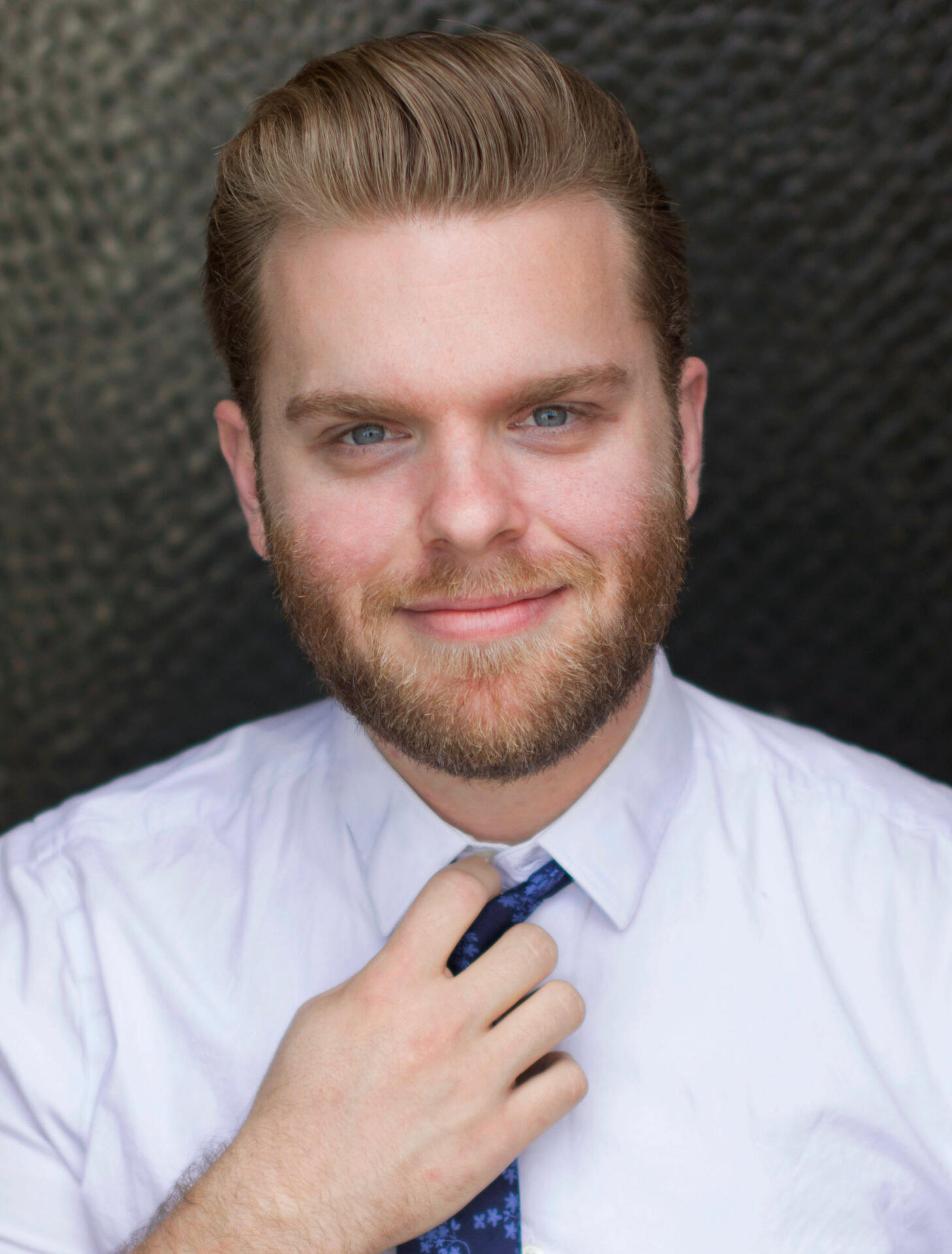 Chris Dionne: (TECHNICAL IMPROVISER, AKA "Audio Daddy") Current Groundlings improv student and former 4th Grader, Chris Dionne currently has no idea what he’s doing with his life, but is honored to be working on shows with so many people who do know what they’re doing. Chris began his performing journey at the age of 9 when he scored the leading role of The Wizard in his school’s production of “The Wizard of Oz”. He was incredibly proud to be the only person off book for the show, and incredibly disappointed when he was the only person to forget a line in the middle of the actual performance. Currently you can find Chris running tech for Impro Theatre, writing wacky sketches for the Intelligent Design Youtube Channel, and generally being an enormous goofball on Twitch at RoboDessert. 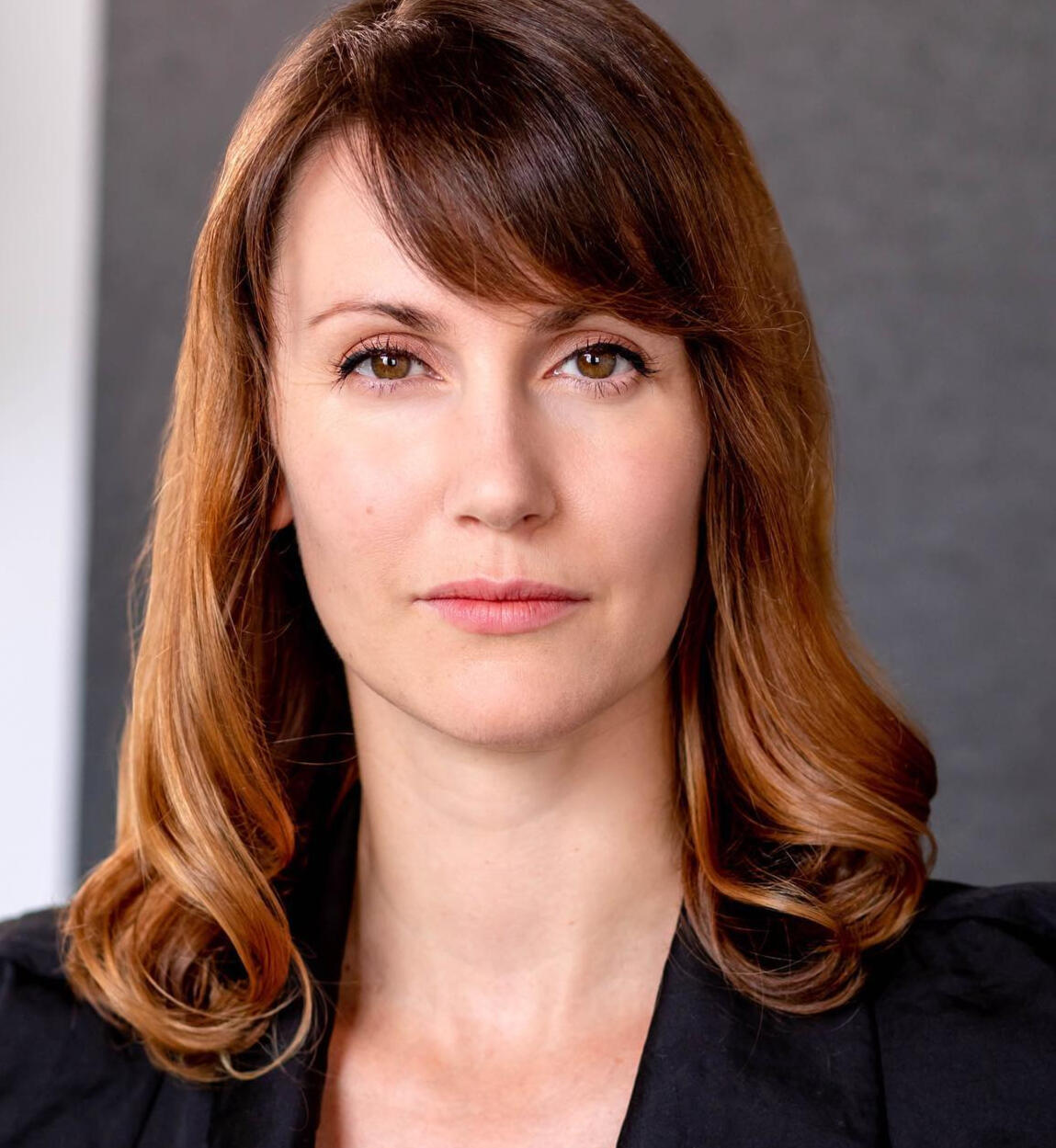 Helen Allemano: Originally from London, Helen Allemano’s professional career began in 2008, when she moved to Paris and worked as a dancer and character improviser. On returning to London, she successfully pursued acting in Theatre, Film, Commercials and occasionally Voice Overs. After treading the boards in London for a few years, Helen made Los Angeles her home In September 2012 and continues to bother people there to this day. She can usually be found with her fingers in some sort of creative pie, or bucking LA stereotypes and indulging in yoga. 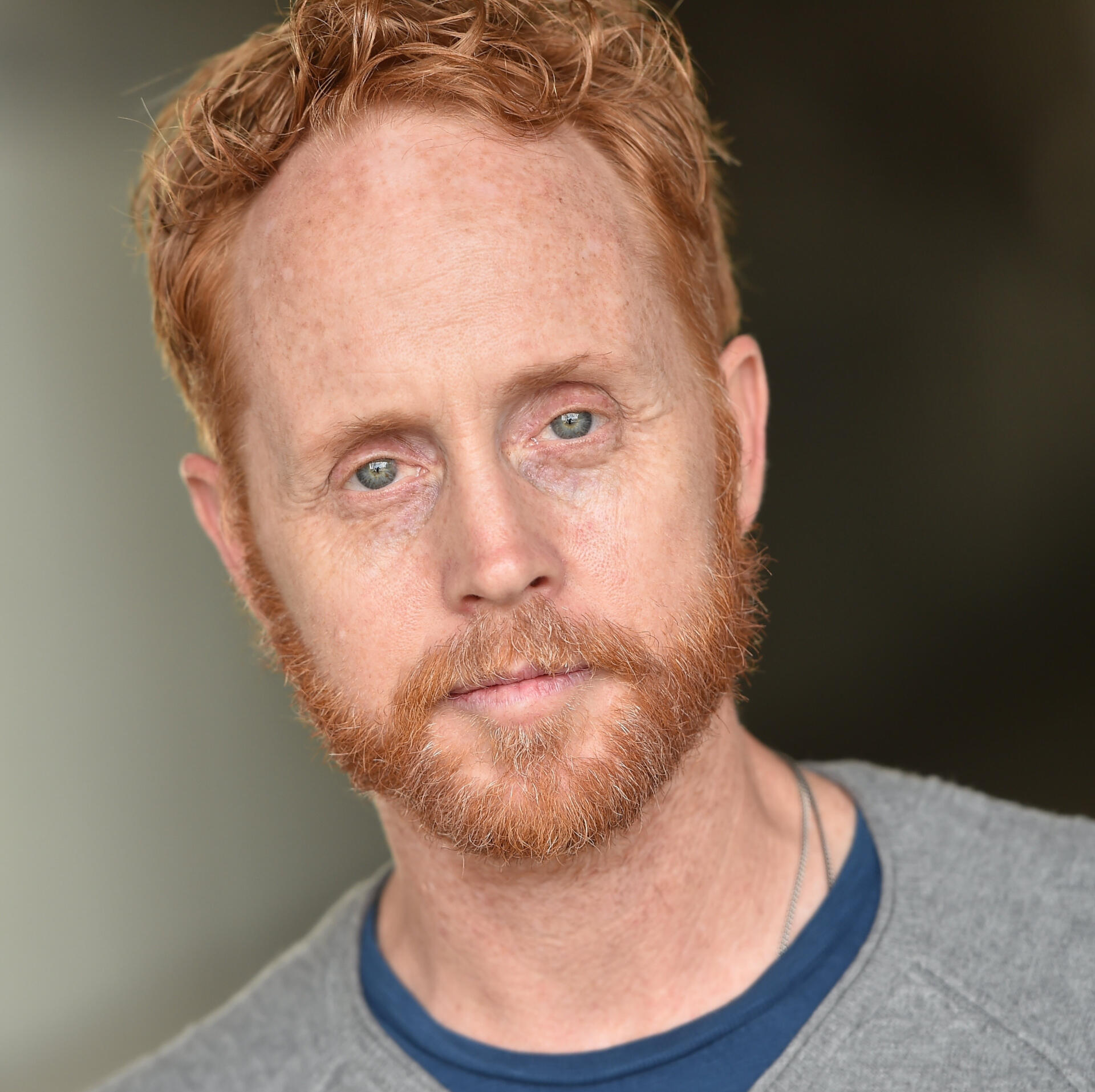 Jeff Bowser: Ever since he was a first grader in Sheboygan, Wisconsin, Jeff has been a performer. He moved to Los Angeles where he graduated from the American Academy of Dramatic Arts. He’s been a professional actor for over 20 years appearing in film, television, commercials, voice over and on stage. Jeff studied improv at the Hothouse Theatre, Upright Citizen’s Brigade and is currently a Lab ensemble member at Impro Theatre. When he’s not working you might find him camping, practicing karate (where his 10 year old daughter out-ranks him) or making ice cream. 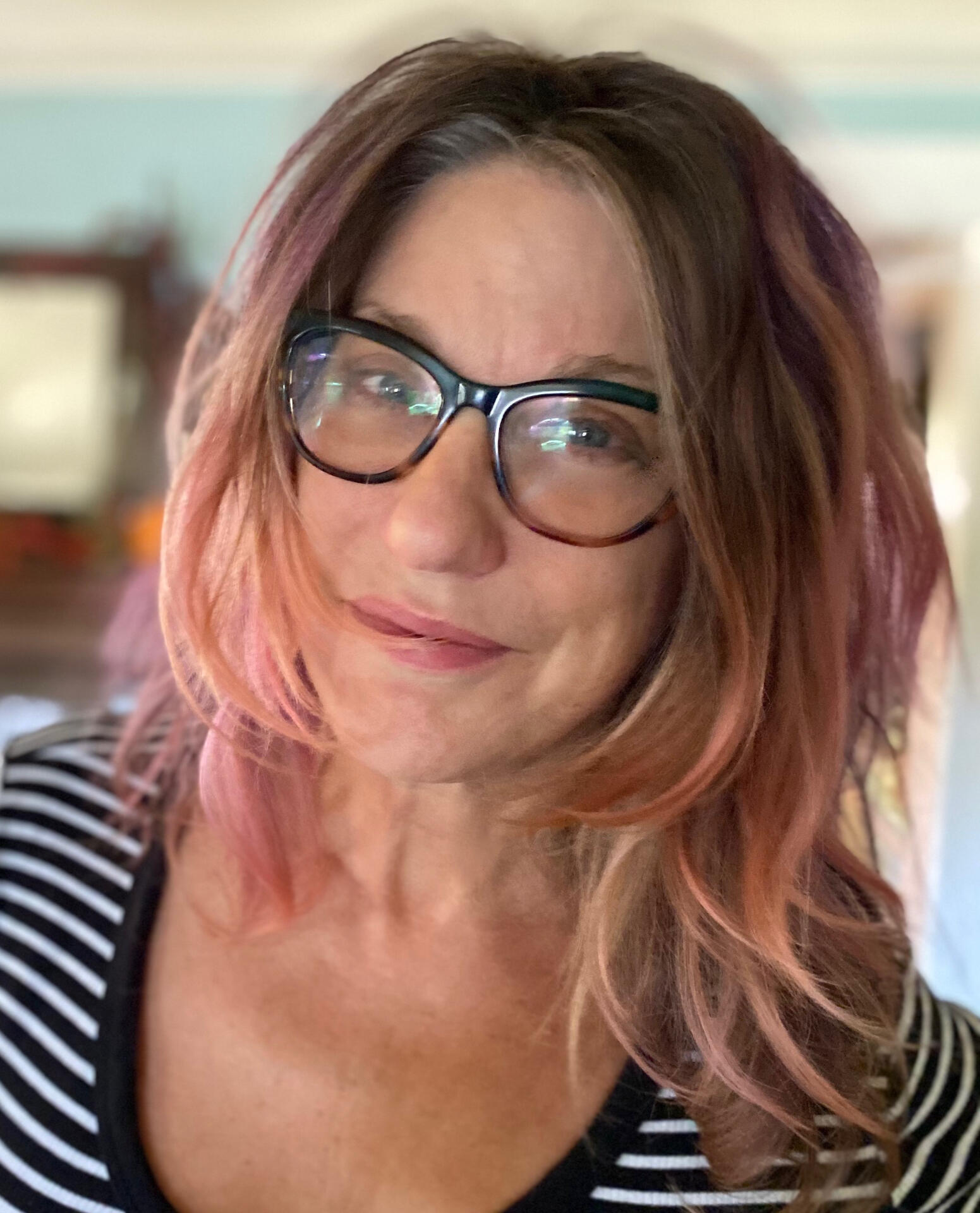 Gale Brennan: Gale grew up in the Santa Cruz Mountains of Northern California where she played in the creek and made people watch her made up plays. Gale spent her early days doing theater in the Bay Area and studied acting at ACT in San Francisco before moving to LA. She is currently an Impro LAB Ensemble member, a member of The Ensemble Shakespeare Theater in Pasadena and a member and manager of Shrew, the all female improvised Shakespeare troupe which performed seven seasons at the Oregon Shakespeare Festival. She also teaches acting, improv and teambuilding with her company Player Queen Productions, LLC and for Disney’s Performing Arts Program. She will also fix your garden, bake some bread and knit a sweater for you if you ask real nice. 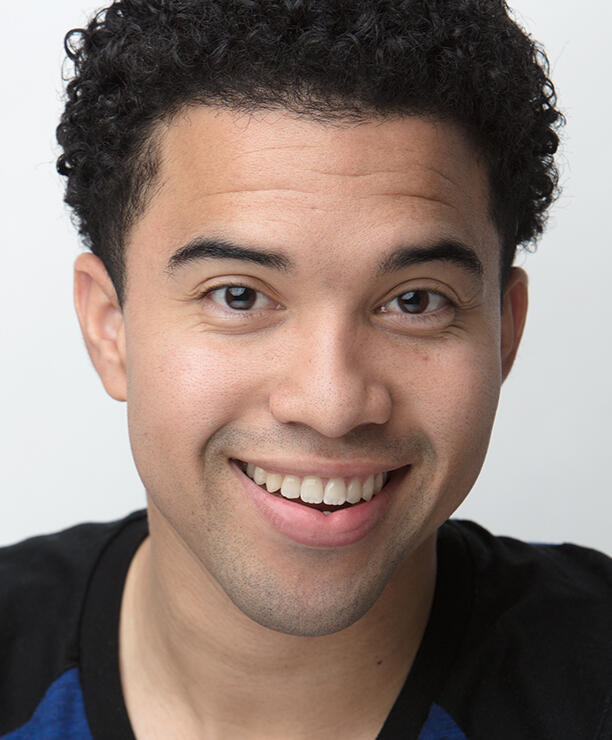 Eric Carthen: Current Impro LAB ensemble member Eric Carthen is from Highland, CA and is an Actor, Improvisor, and Storyteller. He has done Improv and Sketch at Impro Theatre, California Lutheran Improv Troupe, and Second City Hollywood. Through all the plays, short films, shows, and auditions; progress and the enjoyment of the work is what gets him through. Life Motto: "Live and be a blessing unto someone else." 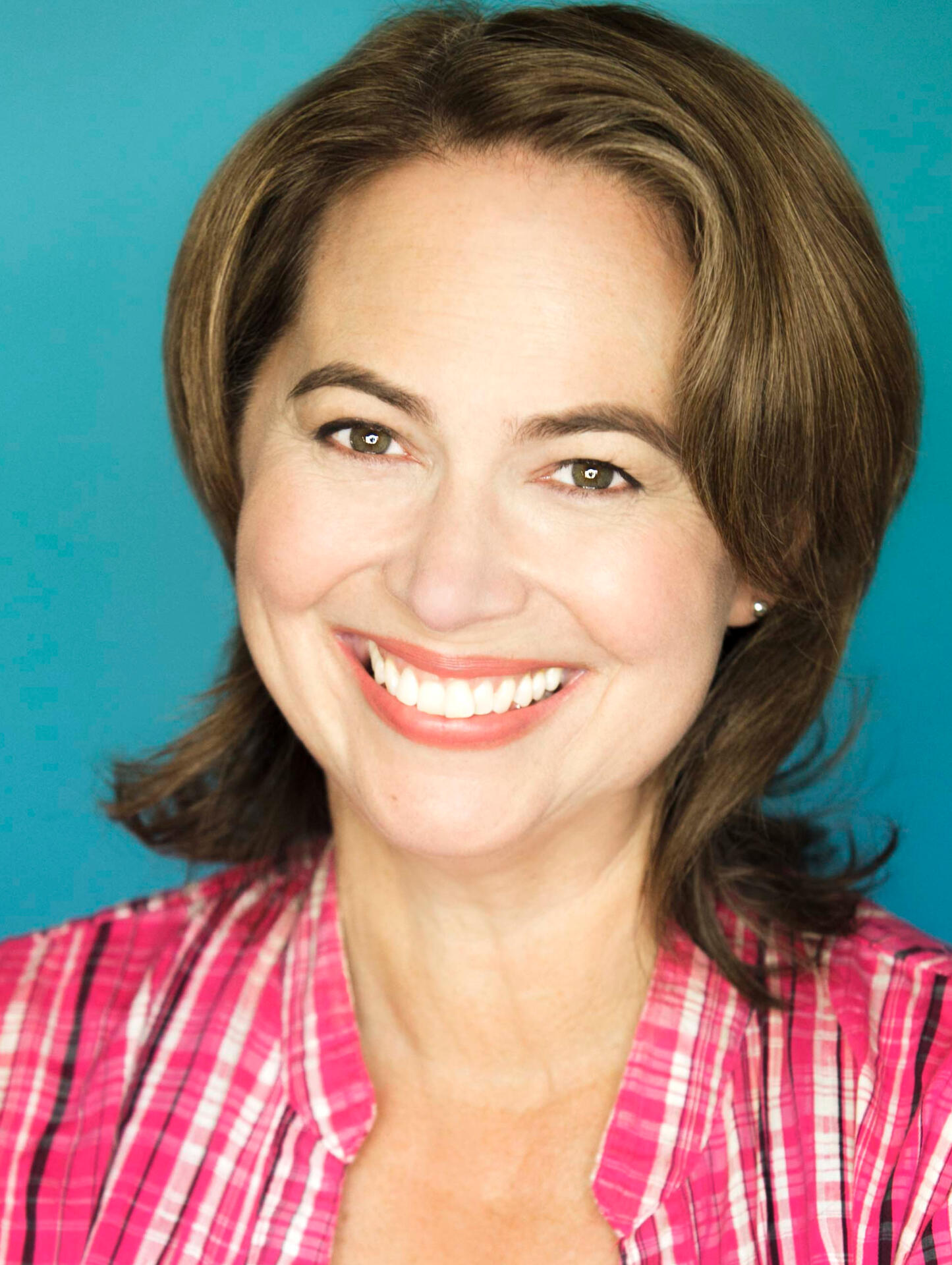 Susan Deming: Current Impro LAB ensemble member Susan Deming is an alumna of The Groundlings Sunday Company, a graduate of The Second City Conservatory and a legacy mainstage performer at iO West. A theatre graduate of Northwestern University, Susan has appeared onstage at The Second City Chicago, Wisdom Bridge Theatre, The Goodman Theatre, Los Angeles Repertory, Circus Theatricals, East West Players and The Odyssey Theatre. She recently starred in "Tantalum," an official selection of Tribeca TV Pilot Season. Additional credits include "It's Always Sunny in Philadelphia," "Tim & Eric's Awesome Show, Good Job!," "The Affair" and "Fresh Off the Boat" plus feature films "Prison Logic," "An American Carol," "The Husband" and "The Browsing Effect." Susan has been honored to appear as a Guest Artist with Impro Theatre in "Tennessee Williams Unscripted," "Jane Austen Unscripted" and "Le Roundabout." Susan leads a double life as a Casting Director, specializing in comedy. Visit: Susan Deming and Deming Casting 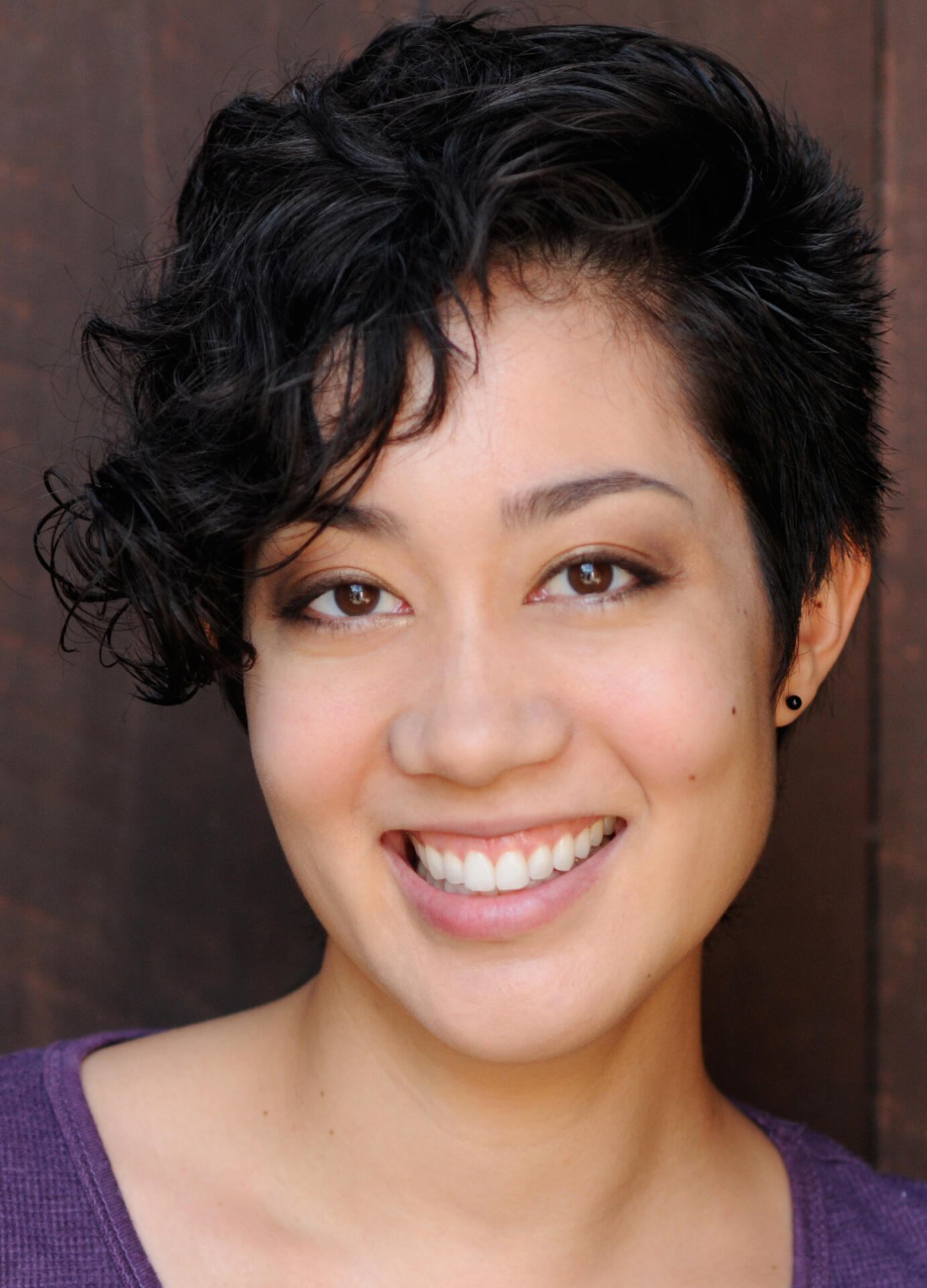 Leanna Dindal: A Los Angeles native, Leanna is a member of the Impro LAB and a graduate of The Second City Conservatory. She loves the sense of connection improvisation fosters between players and the philosophy that the smallest of offers can lead to something great. She also writes for television animation ("Rapunzel’s Tangled Adventure," "The Wonderful World of Mickey Mouse"). 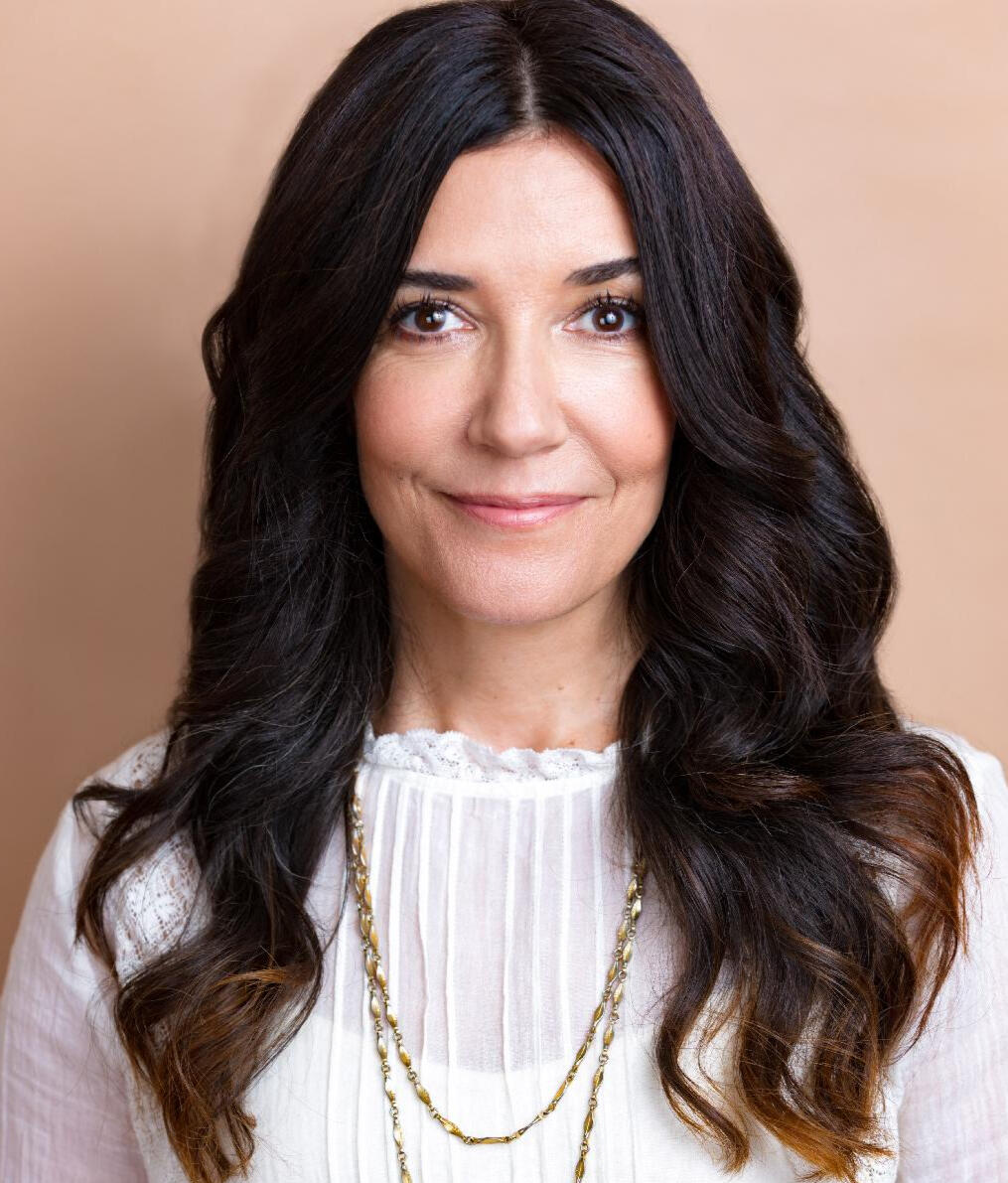 Karen Forman: Karen told her first joke at age 3: “I peed on a raisin.” It was on point and very age appropriate. Karen is still doing that sweet clean comedy as a standup comedian performing at The Improv, The Comedy Store and many other venues around LA and beyond! She has co-created a parody of an #influencer on Instagram with her sister where she is #sponsored by Squirt, an elderly dentist, Long John Silver’s, has a mobile spray tan biz, and teaches a lot of ridiculous classes. She has appeared in several national and regional commercials and PSAs, indie films, and tv. Karen also co-created an improvised web series, "I’m Triggered," which has been praised by Brene Brown, Dr. Dan Siegel and Alanis Morissette. She is a proud member of the Impro LAB Ensemble. 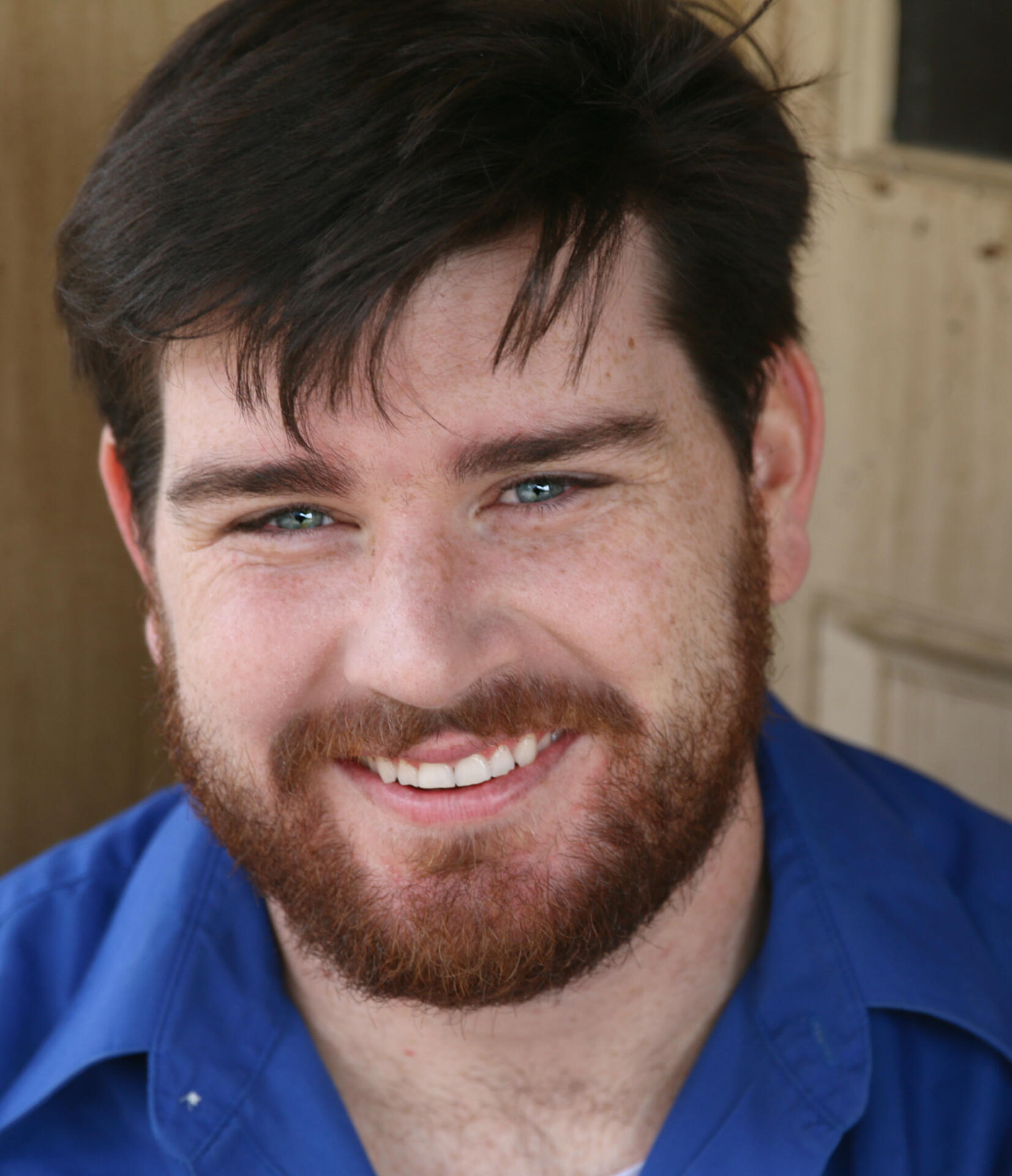 Jeremy Hanna: Current Impro LAB ensemble member Jeremy Hanna is an Improvisor, Actor, and Writer from Newbury Park, CA. He began performing when he was enrolled in an after school theater club in elementary school because he was shy and didn’t talk too much. Now, he won’t shut up. He has improvised with Impro Theater, ComedySportz LA, UCB, and the California Lutheran Improv Troupe. He has also been a Hotdogger, a Barista of Joy, and a Tupperware lady. Currently, he writes for The Completionist on YouTube, Goomba Stomp, and FandomSpot. Support each other and let’s see what happens! Twitter: Jeremy Hanna 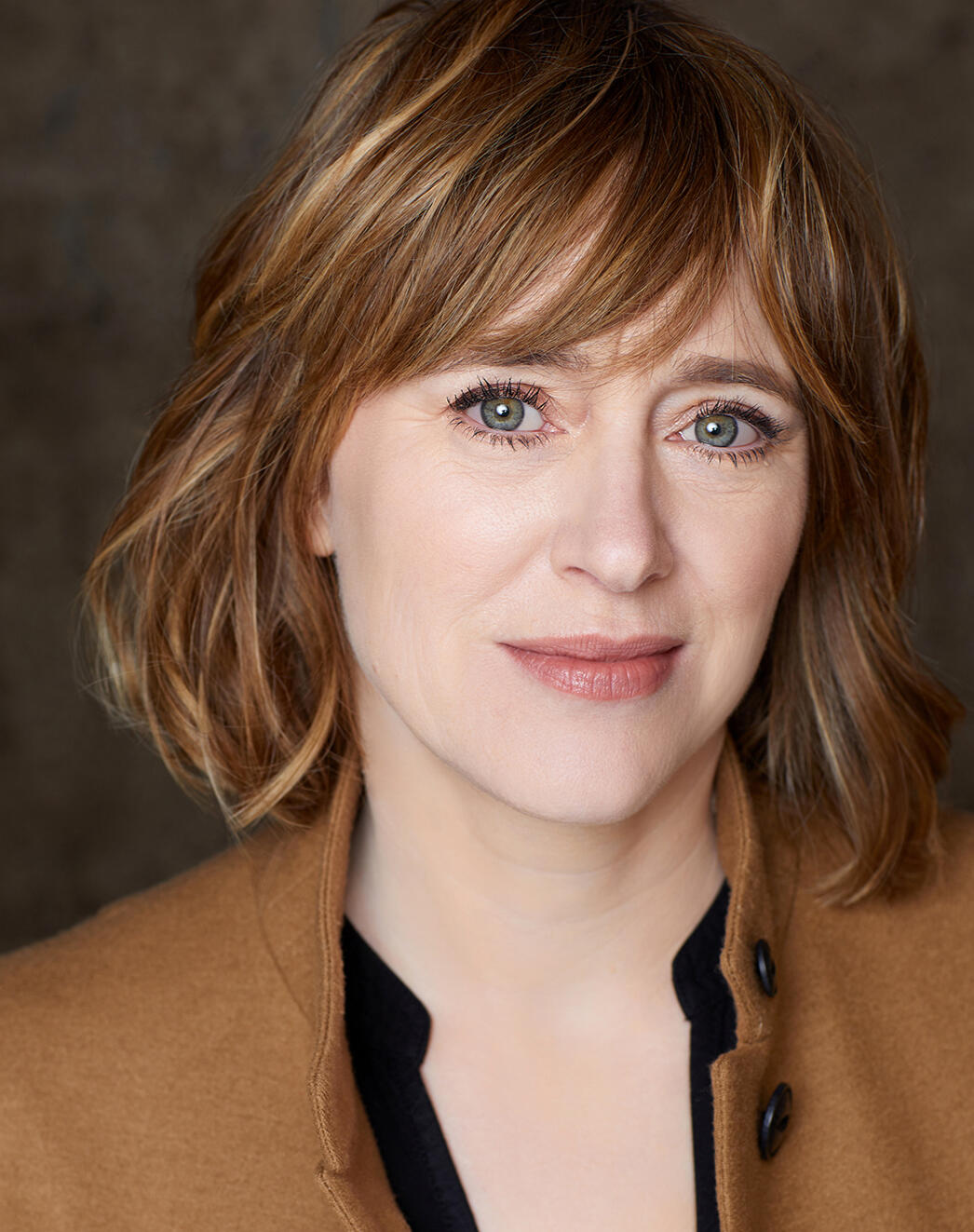 Rebecca Lowman: Rebecca is a writer, actor and audiobook narrator. She began working with Impro Theatre in 2012 as a guest artist in "Chekhov Unscripted" at the Odyssey Theatre, and was fortunate enough to join them in "Jane Austen Unscripted" at Pasadena Playhouse, "Western Unscripted" at the Falcon Theatre, and "Horror Unscripted" on ImproTV on Twitch. She has been a part of several Impro Labs, including Inge, Kauffman, Dickens and Sonder. TV credits span the ages, from early "SVU," "WIll & Grace," "NYPD Blue," "Cold Case" to "Grey’s Anatomy," "Prime Suspect," "Raising Hope," to more recently "Dirty John" and "Perry Mason." She lives in Hollywood with her wife, two cats and a neurotic foundling dog. 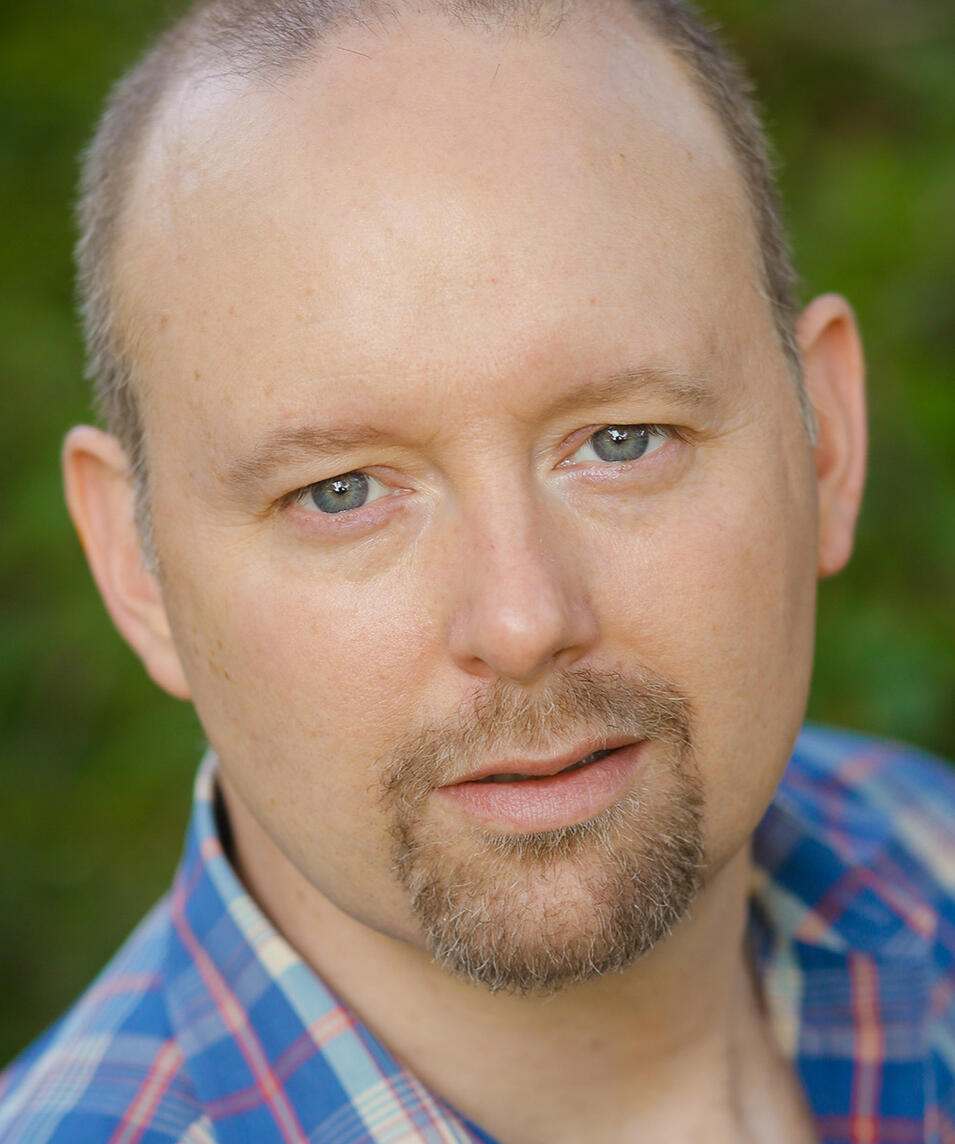 Troy Anthony Miller: Troy is an accomplished screenwriter, filmmaker, and improviser. He’s been improvising since 2001, starting in Austin, Texas at the renowned Hideout Theatre, where he performed in and directed such shows as Maestro, Theatresports, "Scene of the Crime" (improvised Agatha Christie), and the critically acclaimed "Start Trekkin" (selected to perform at the 40th Anniversary of Star Trek in Las Vegas). His comedy group Confidence Men (improvised David Mamet) is a two-time winner of the B. Iden Payne Award for Best Improvisational Theatre, and has toured comedy festivals nationwide. He can be “heard" in "Sonder" (an improvised radio play) and has performed in numerous other improvised plays at Impro Theatre in Los Angeles. Troy has twice won the Austin Film Festival Screenplay Competition, and is currently developing a limited series about the Challenger disaster with producer Dana Brunetti ("House of Cards," "The Social Network"). 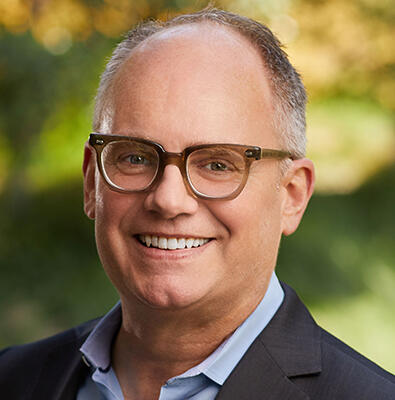 Andrew Pearce: Current Impro LAB ensemble member Andrew Pearce started his impro life at Loose Moose Theatre in Calgary, Alberta, Canada (Yeehaw) sometime last century. After numerous improv and bar-prov groups there, he moved to Toronto where he appeared on stage at Second City Toronto, Yuk Yuks, and various other venues. Eventually he fell in with a few improvisers to form Fred’s Bicycle Repair Shop, a popular improvised sketch group that finally landed a CBC comedy special in 1999. Having achieved that astonishing level of Canadian fame, he moved to California, helped establish OakTown Improv in Oakland, then, suitably primed for the big-time, moved to LA and found the wonderful people at Impro Theatre. Andrew works in the field of computer graphics to fund his food, rent, and whisky collection habits. 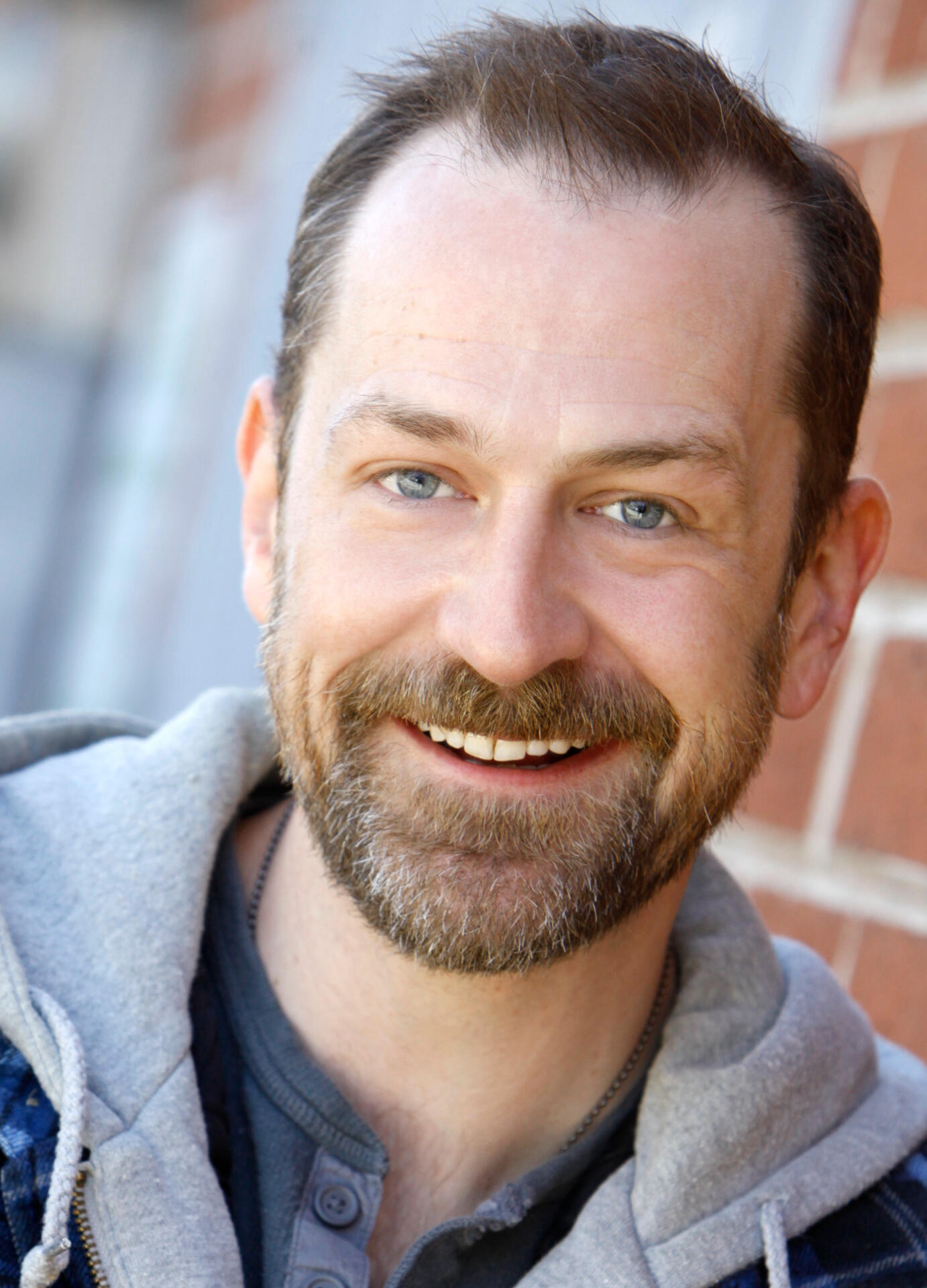 Rick Steadman: Rick Steadman is a current member of the Impro Theatre LAB ensemble. He's also CSz Los Angeles’s Director of Adult Education and Rec League Director, and has been a Main Company player there since 2003. He's improvised around LA in the improvised HG Wells show "Fantastic Tales," as half of the two-person show "One-Person Show," and as a guest of a bunch of nice improv theatres and companies. Rick has performed in scripted productions at Theatre of NOTE, Sacred Fools Theater, Son of Semele, and others. He’s appeared on "Marvel’s Agent Carter" and "Criminal Minds," in several feature films (notably as a zombie George Washington in the horror-comedy "Presidents Day,") and in over a dozen national commercials. More at Rick Steadman. 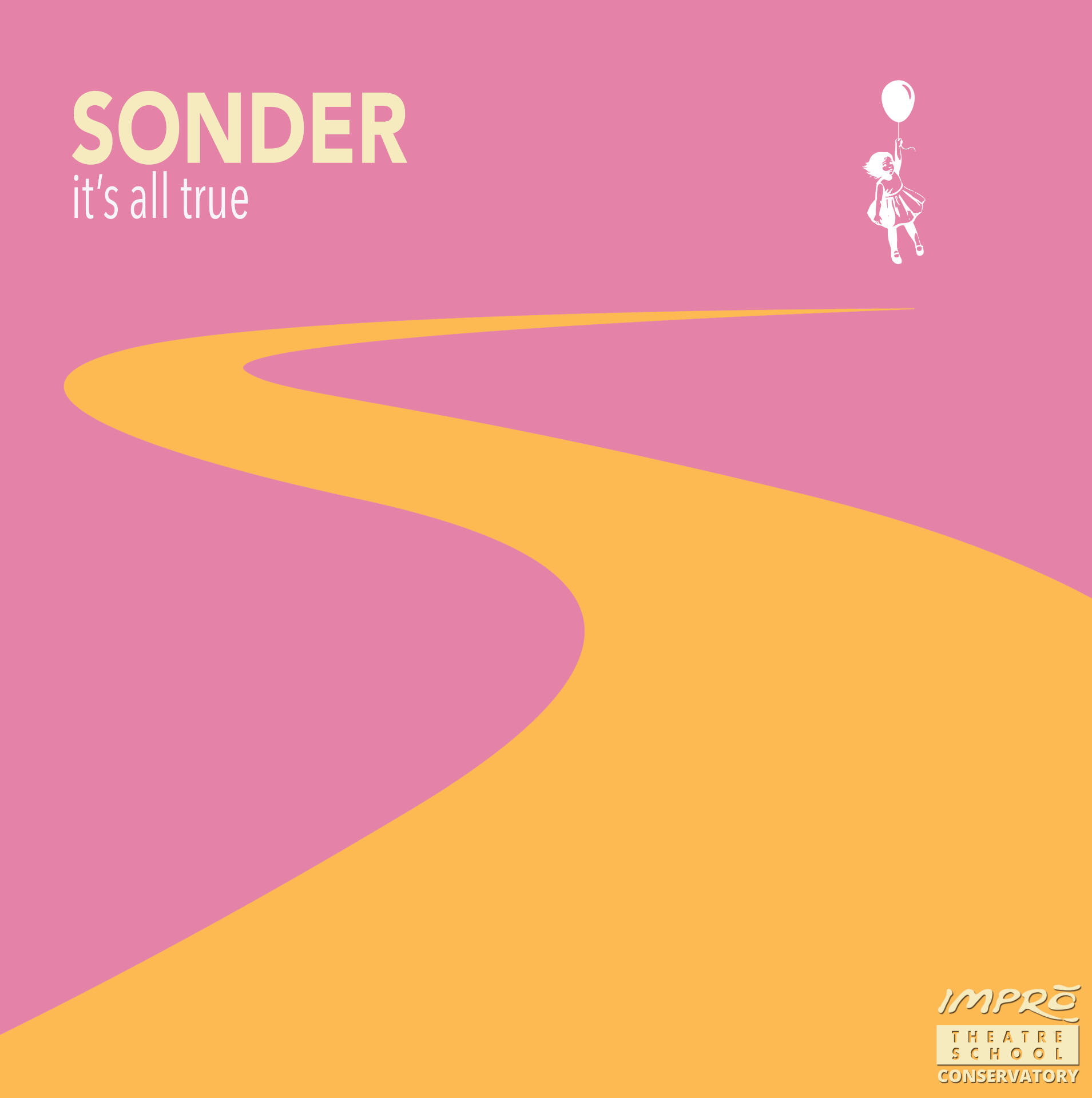 Sonder | The Improvised Podcast was developed at Impro Theatre School as part of the genre design program with the Impro LAB Ensemble.

Each episode of Sonder | The Improvised Podcast was fully-improvised on Impro Theatre’s Twitch channel for a live audience and based on their suggestions. Music, sound effects, and audio sweetening were added in post-production with minimal dialogue-editing for clarity. No dialogue was added. 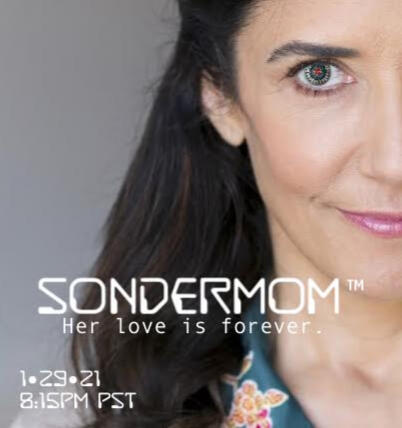 "I love our rogues gallery: Gabby Feldman, Barry the Bolt, Nick the Park Ranger, whoever that sleaze was that Jeff played in the Peter Pan episode…. Quick, somebody think of a terrible character that wasn’t Gabby, and wasn’t played by Jeff!" - Rick Steadman

SONDER-ITES: Do you have any favorite characters, quotes or memories to share? Email Us so we can share them here!